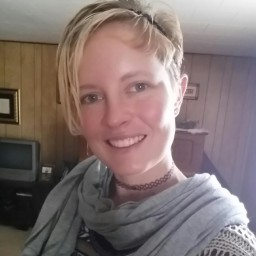 If freedom of speech is taken away, then dumb and silent we may be led, like sheep to the slaughter.

If Youtube has shut this video down, you should be able to view it on Ugetube.

A Show of Force

A show of force is a method used to intimidate the opposing side in an effort to disrupt morale or prevent an altercation in the first place. It has proven itself thousands of times in history to avoid disputes and effect peaceful resolutions of an otherwise contentious subject.

Similarly, I'd like to add my voice to the thousands out there screaming for attention on a dire matter to the threats of our Constitution and our beloved country. Everyone's rights are being violated and we are being picked off one at a time to further divide our country, and to intimidate and weaken the American people.

If you're not already aware, Christopher (Kit) Arthur was arrested late Jan, 2022 on federal charges for something that he said. Tackleberry Solutions itself has been put on a stand still until these accusations can be cleared up. It is for this reason that we are unable to sell any of our products or services.

As a result, our income, our good name, our property, our freedom and our way of life has been totally wiped out.

The press release that they put out on the subject could very easily be argued as a method used to "poison the jury pool." The mere fact that they've portrayed Kit as guilty without even a chance to defend his innocence is outrageous.

You should know that: Kit Arthur has no criminal record. He worked for 3 years as a law enforcement officer, received an honorable discharge from the military.

Furthermore, he's served as a paramedic, a volunteer firefighter, is a devout Christian, loves his country, and even earned his Eagle Scout award as a youth.

Not to mention that he comes from an honorable family with a strong background and deep historical American roots.

Consider this, there is a reason that the 1st Amendment was placed first in our Bill of Rights. It is the single most important God-given factor of freedom that anyone could ever own.

Why do you think books are burned or banned so quickly? Ignorance is a weapon that has killed millions.

Furthermore, speech is the first to go when a country's freedom starts to fall. Speech also happens to always be the single most powerful tool/weapon that can be used against or for the people. Ignorance and deception has killed millions.

In conjunction with that, no matter the advancement in technology, speech will always place first when it comes to the impact it can have.

With that in mind, I feel obligated to warn you. Our rights were violated, our freedoms were destroyed and our home was raided because my husband used his voice to teach self-defense wartime tactics. Who are they going to go after next for using their voice to share their opinion or to teach?

In contrast, if you'll look closely at the charges placed against my husband, you will see that the FBI's narrative doesn't match who Kit is or what our company stands for. Consider an article that we had written about a month before my husband's arrest: Vote: How voting, networking and wartime tactics are all related.

To expound further, even a quick look at our About page, Terms and Conditions or even our Disclaimer contradict this anti-cop/terrorist narrative.

This incident with my husband frighteningly reminds me of the Holocaust. At the beginning, political opposition and anyone that could possibly be a problem was one by one targeted and eliminated. By the time it became a mass movement, there was hardly anyone left to stand against it.

With that being said, pause for a moment. Stop and ask yourself this question, "When they are done with Kit, who are they going to go after next?"

Will this case against Kit enable them to target more innocent, law-abiding American patriots?

Will a new definition of "terrorist" be proclaimed after my husband has been locked away for life? How many more innocent lives is this going to affect?

How many more people are going to be torn from their families, have their good name destroyed, their livelihood confiscated and their freedoms taken because of this? New laws come about all of the time from court cases.

As a final note, I would just like to express to you my sincere concern that this is not just about my husband. It is clear to me that Kit matches the political profile of the kind of "terrorist" that the deep state has been trying to falsely portray.

Unless we can prove his innocence, they're looking to charge him with over 90 years in prison. That is a life sentence on an individual that hasn't harmed or threatened anyone!

Help Us Hold the Line

In conclusion, I ask you to please support my husband. Help us fight this battle! Don't let them use my husband to further divide this beautiful country. We must stand united. We cannot continue to allow them to pick us off one by one. Race, career, political affiliation, it doesn't matter! We are all Amercians and need to stand together.

There are currently three things that you can do to help:

Up until now, we've been hoping for the aid of Kit's attorney to help prove his innocence. Unfortunately, not only has he prevented my husband from being able to return home in between hearings, he has sat idly by while the deadline for any sort of motion or request comes ticking to an end.

I've been desperately searching for a federal attorney that was willing to help. Shockingly, even with the offer of a paid consultation, I can't get anyone to meet with me.

It wasn't until just recently that I was able to get a little bit of advice from an attorney who may be able to help provided I can retain him for $75,000.00 or more. He was the one that graciously informed me of the court's deadline (while Kit's current attorney hadn't even informed us of the date.)

We've got until Friday, March 8th to respond to this and we're in desperate need of a miracle and your help in order to have any chance at all. While Kit has fired his attorney and is requesting a court appointed one, I must implore you for your aid.

The Odds are Rigged

Although we are but a small, "Mom and Pop" business, and lived on a meager income with a little farm, the government has gone for the throat against us and is doing everything in their power to not only cast a guilty light on my husband but to hang him out to dry as an example to anyone else who dares to use their voice.

Unless we can come together as a nation and stand up for our freedom of speech and spread nationwide awareness of this travesty, I fear my husband will be deftly delt with and tossed aside to further their oppressive agenda.

Please use your voice, spread awareness and help us unite our country. We cannot allow the fear mongering and deception to pit us neighbor against neighbor. Your career, political affiliation, personal viewpoints, pandemic concerns or even skin color should not distract us from what is truly important - Freedom!