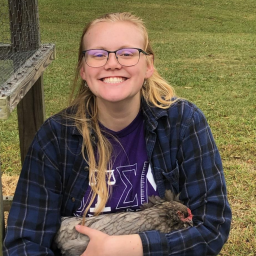 Myth: The "alpha dog" concept doesn't exist and is an outdated theory.

To begin with, the “Alpha Role” in a pack of dogs is something that has been used for years and has recently been dubbed a myth.

Furthermore, those claiming it as a myth try to say that training with a pack mentality is more the dogs fighting for resources. Or further still, training with the use of any dominant and submission signals is dangerous to the dog.

For this reason, I am here to tell you these things aren’t true, show you how and why, and explain the concept behind it all for proper training. Hello, my name is Audrey Fleming. I am an intern with Tackleberry Solutions. I work in the canine department to prepare purebred Doberman Pinscher puppies for service, protection, or as excellent quality family pets. These dogs are personality tested and recommended for specific tasks depending upon their individual score results.

First off, dogs come from a long ancestry of wolves with 99.9% of the DNA shared between the canine species (Lennon, Annie 2019). Because of this connection, dogs will always have a pack mentality, just as wolves do. Furthermore, every pack has a social structure headed by the alpha. In fact, the ranking of the pack determines many of the actions each individual canine has. To expound, alpha dogs are usually more confident in themselves, are extremely smart, and make great work animals.

Next, under the alpha rank is the beta, and dogs that are more beta-like are somewhat confident in their abilities but may be less headstrong in new situations.

Lastly, omegas are the lowest rank in a pack; these dogs lack any confidence in themselves, may be shy, and may fight other dogs out of fear.

To clarify, a wolf pack in the wild runs very similarly to a family unit, with one to two alpha leaders that dictate jobs to the rest of the pack.

Conversely, unlike what most people think when they hear the word "alpha”, these lead wolves do not attack or abuse the wolves below them. As mentioned before, packs are like families, they rely on each other for survival. As a result, the alphas need to support those below them to ensure that their pups survive into adulthood [safety in numbers] and their bloodlines continue.

Indeed, this is the same in dogs. They think with a family unit look on life, with their human family as their pack.

As a result, this will cause them to start ranking each member of the family from strongest to weakest. To expound, this means that if all the humans seem weaker than their dog, in the canine’s brain, they will be the alpha dog of the family and try to direct it the way they want it to go [for the survival of the pack as a whole.]

Conversely, if all members of the family have proved to be more of a leader and alpha, the dog will instinctively follow their lead. This is the nature of a dog, coming from their wolf ancestry. Amy Arthur: To expound, every social structure, even in nature, has a hierarchy. Particularly the canine world where the "alpha dog" concept stems from. Without such, chaos would reign, and the social structure would collapse.

Notably, the formation of leadership in the wild comes about by the skill, strength, determination and spirit of the creature best able to prove their abilities. Which results in the one best able to ensure the survival for all.

Likewise, this concept is no different in the dog world and is a vital part of understanding required when working with potential protection dogs. Especially, if they've got that "alpha dog" mentality. (Which is a very desirable trait within the protection world btw.)

The Surprising Truth Behind Dominance and Submission

Markedly, the idea of dominance and submission with an alpha dog has gotten used in many negative ways through the years. Consequently, before I start into this section, let me give more of an understanding of these two words.

Significantly, the dictionary definition of dominance is “power and influence over others” while the definition of submission is “the action or fact of accepting or yielding to a superior force”.

For instance, an everyday example of dominance and submission would be the action of following the speed limit.

Put it best by Clive Wynne, a behavioral scientist who teaches at Arizona State University,

Submission Within the Family

With dogs, there are many ways that humans take the alpha role in a family. This is done by owners controlling when the dog has food, when and where the dog uses the bathroom, and many other basic actions.

As a result, these things commonly will give the controlling human a more alpha role in a dog’s hierarchy ranking.

But that doesn’t always mean that the dog will rank the rest of the family according to this, or even rank their main owner/trainer this way. Asserting The Alpha Role Without Damaging Your Dog's Confidence

Surprisingly, asserting oneself as the dominant one in a human-canine relationship can be done in simple ways. Such as positive reinforcement for asking and good behavior, “good boys” with head pats, and even just standing while working with and petting the dogs.

Furthermore, these things don’t cause damage between trainer and dog. Instead, they build a mutual understanding and respect between the pair. As a result, this helps your dog respond more submissively. Or in other words, respond by doing what you ask. Most importantly, having an alpha role does not mean your dog fears you, it doesn’t mean you hurt your dog, or they are afraid of being injured. Having a dominant role over your dog shows that your dog acknowledges your leadership and respects that, allowing you to be the leader knowing they will be cared for and treated well.

Furthermore, a dog that has a more submissive role means that they listen and respond appropriately to what they are asked to do.

In conjunction, don’t be mistaken that just because the dog views you as the alpha of the household doesn’t mean that he can’t have an alpha dog personality.

To explain, their personality does not dictate their position. It just describes the way they act and react to things. As noted, before, alpha dogs are more confident in what they do, which allows them to be extremely successful when learning new tricks or training to be service/ work animals. Uniquely, every dog will be different in the way it should be trained. This is because, like humans, every dog has a different personality. Consequently, knowing what your dog responds to is one of the most important parts of the training.

For example, the first dog that I ever trained was an English Short-haired Pointer, training for bird hunting. He best responded to “atta boys” and pets.

On the other hand, some of the more recent dogs, Doberman Pinschers, that I have handled at Tackleberry Solutions respond better to rewards with a toy or a treat.

In effect, positive reinforcement helps your dog connect positive behavior to something good, and with repetition, teaches your dog that it is a desirable action.

Similarly, combining hand signals and vocal commands helps your dog connect the action to the signals that are connected to the treat. Thus further establishing your role as "alpha dog." In conjunction, many young pups struggle with vocal commands at the start of training, so using hand signals is very important. Repetition should also be used to help build your dog’s confidence.

Furthermore, not only should repetition be done with actions, but also with training. Alpha dogs need to have an outlet for energy and attention to prevent them from getting bored and to prevent negative outcomes from occurring.

Similarly, training allows your alpha dog to work mentally and physically. Paying attention to you focuses their mind on learning, like a child at school. By having them follow actions such as heel, sit, load up, etc., your dog can do the physical movement that takes control and connects their mind and body.

To sum it up, the relation between dogs and wolves gives them similar mentalities in family lives. Indeed, dogs do create a hierarchy system with an alpha of the household and show submission to the alpha by responding to what they are asked, licking the sides of their owner’s mouth, and brushing their head under their owner’s hands/ heads.

In fact, having an alpha role does not mean that there is violence used, it is respect between the animal and handler. Markedly, positive reinforcement and confidence creates the alpha role with no violence used and can create better outcomes of training.

Disclaimer: This article is written as an opinion piece only and is not to be taken as fact, legal or medical advice. Your results are in no way guaranteed and will depend on several factors including your willingness to plan ahead, study and train.

Audrey is a University of Mount Olive student majoring in Veterinary Bioscience and minoring in Agribusiness. She has experience working at a commercial training facility as a kennel tech where she trained dogs for obedience and competitive bird hunting. Audrey is a certified veterinary assistant, giving her a health-based approach to training and caring for dogs. She has developed her leadership skills by being a Girl Scout of America for most of her life, in addition to joining FFA and becoming an officer in high school. In her free time, Audrey enjoys working with UMO's donkey as the head donkey trainer, broadening her knowledge in all areas of education, and sharing about agriculture.